Sara Anne Swanson (nee Hollis) was born at Hollisdale on 1 September 1911. She was the second of nine children.

About 1928, Percy took on the mail run. Percy Lawrence Swanson was a young bricklayer who came to Pappinburra in about 1930 to join his brothers, who had taken up soldier settlements at Cedar Scrub. Cedar Scrub was opened up for ex-servicemen. Some that came got disheartened and left. Percy won his land in a ballot, and began establishing his farm. He was a bricklayer, and built on his land. He also had share farmers. He built a modest house, he and Sara met and fell in love and married on 15 September 1934. They lived at Pappinburra Junction until 1947.

​A horse and wagon took the cream to Wauchope cream factory.
A post office and telephone exchange was established at their home and Sara conducted that while Percy had a mail contract to delivery mail from Pappinburra to Beechwood. He also carried passengers and parcels on to Wauchope a couple of times a week.
Percy delivered the mail bags to the post office and passengers to Wauchope for 7 years. In the meantime, they worked hard to improve the farm.

Sarah and Percy started dairying. Some cows came from Comboyne. They started with red cows (Durhams) then turned to pure bred Jerseys. The black poll bull came on the train. Maike had to take a message up to McWhirters to ask Lance to pick up the bull. At Pappinburra Sarah was a joint secretary of the Progress Association for 2 to 3 years. She was also a VOAC spotter for 4 years during the war. She had to report to the Air Force where all aircraft were, write a report and ring through to Taree whenever she heard a plane.

During the war Sara became a member of the Volunteer Air Observer Corps, an Australia-wide group whose duty was to identify any aircraft which was observed within their sky, to determine its altitude and direction, and report immediately to defence authorities. In this way an attempt was made to monitor every aircraft flying over Australian territory during the war.

Dorothy was born in 1935, Mike in 1939, Jim in 1942 and Barry in 1943. Sarah and Percy farmed all those years. Percy wanted a flat property so they left in 1947 for Rawdon Island, on Vince's farm (Sarah's brother). The property was poor, and used for sugar cane so it needed lots of trace elements. The only advantgae was the better schooling at Rawdon Island. Joe Haggerty was the only teacher the boys had. Jack Shaw was the school teacher at Pappinburra. Dot (Dorothy) was at St Jospeh's then.

Pappinburra was pretty remote from town in those days, being some 44km from Auchope over dirt roads and about seven creek crossings, most of which were by ford rather than bridge. Nonetheless, there was a close-knit society both there and in the surrounding areas, and people pulled together to help out someone in need.
Percy at Pappinburra
In 1947 the family moved to Little Rawdon Island where Sara and Percy had bought a farm with a modest home and generally run-down sheds and fences. IT was even more remote than Papinburra. There was no telephone, no electricity and no bridge. Access to the mainland was only available by a ferry (not always available) crossing to the northwest and leading by a bush track to Pembroke and thence to Wauchope. It was apparently much easier to leave a motor vehicle on the Big Rawdon Island and cross the river by rowboat, and that is what the family did until a bridge was built to join the two islands. On the big island was the public school, post office, community hall, two churches and a butchers. The kids were rowed across the river (after milking and feeding the animals) and walked the two miles to school. It was so difficult if there was a dance or a ball on, and ladies wished to dress, to navigate the river in the dark without getting wet or dirty.

In due course, the telephone and electricity were supplied and a bridge was built to join the two islands. Of course to get to Wauchope you still had to cross the Sancrox ferry, or at low tide go via Narrowgut and cross the Rocks Ferry...but progress was being made.

Sara and Percy worked very hard on that farm. Percy made many improvements to the property. Sara played a vital role in leading the milking brigade and milking up to 40 or more cows twice per day, firstly by hand and after the electricity came, by milking machines.

​They were resolute that their children get a good education. Dorothy attended Port Macquarie Convent, before going to Lochinvar Convent to complete high school. Each of the three boys were sent to Woodlawn at Lismore to do high school - Mike for 3 years and Jim and Barry for 5. It was indeed a huge sacrifice they had made for their children, as the farm was not so successful as to make a great deal of money. Jim had won a State bursary from Rawdon Island; Barry had won it from St Joseph's at Wauchope.

The family stayed for 12 and a half years. Jim finished his Leaving Certificate in 1958, the month that the farm was sold. They sold the Rawdon Island property to Stan Harris. Jim moved to Sydney to work a couple of months later, the week that Sara and Percy moved to Campbell Street, Wauchope. Barry had another year of high school to go. ​
15. Property run by John Roberts and Kathleen. Possibly owned by Miles Downes?
16. Earl Harriott and his wife and children Renee, Zillah, Nada and Lois.
17. Eric Wallace
18. Ings the butcher. Bought by Tim and Patricia Hillard and their children John, Mary, Peter, Timothy.
19. The Garretts.
20.Tim and Pat (our uncle and aunt) Hillard and their family.
21. Alec Steele and wife
22. Len Steele and wife.
23. Glen Fowler and wife and their children Margaret, Helen and another.
24.Jack and Tillie Clavin.
25. Clive Campbell and family.
26. The Trotter family - included Ann and Heather.
27. The Stubbs family - included Hilton and Marie.
28. Norm Elford and family - included Rex and Keith.
29. Another Elford family with several children.
30. The Gilmour family - included Jean
31. The Musico family
32. Beavis Freeman and family.

When the family arrived, the "commercial centre" of the island included the Post Office, the adjoining Public School and school residence, the Catholic Church adjoining the Ings residence and butchery, and opposite that, the Community Hall. The Anglican Church was at the intersection of the two main roads on the island on property 17.
​
Sarah and Percy settled in Wauchope in 1959, 25 years after getting married. Percy returned to his trade as a carpenter and bricklayer. He was an expert tradesman and a fair businessman and was never out of work. Sara started to establish the large and beautiful garden for which she was well known, and for which she won many prizes. Sarah took 2 girls into a flat for pocket money. Later she took in boarders - teachers, policemen, and Harry Close for 5 years. Besides the housework, Sarah was still in CWA - the Garden Club in 1960. She spent many years in the Garden Club.

After some years in the CWA Sarah became Publicity Officer, then Secretary and then President. She did the church flowers for many years, and undertook a flower course at TAFE. After that she made wreaths and bridal bouquets and entered flowers in the local show. She was also a flower steward for 35 years at the Wauchope Show. In 2003, Sarah received a medallion from the CWA for her 50 years of work.
Michael Swanson 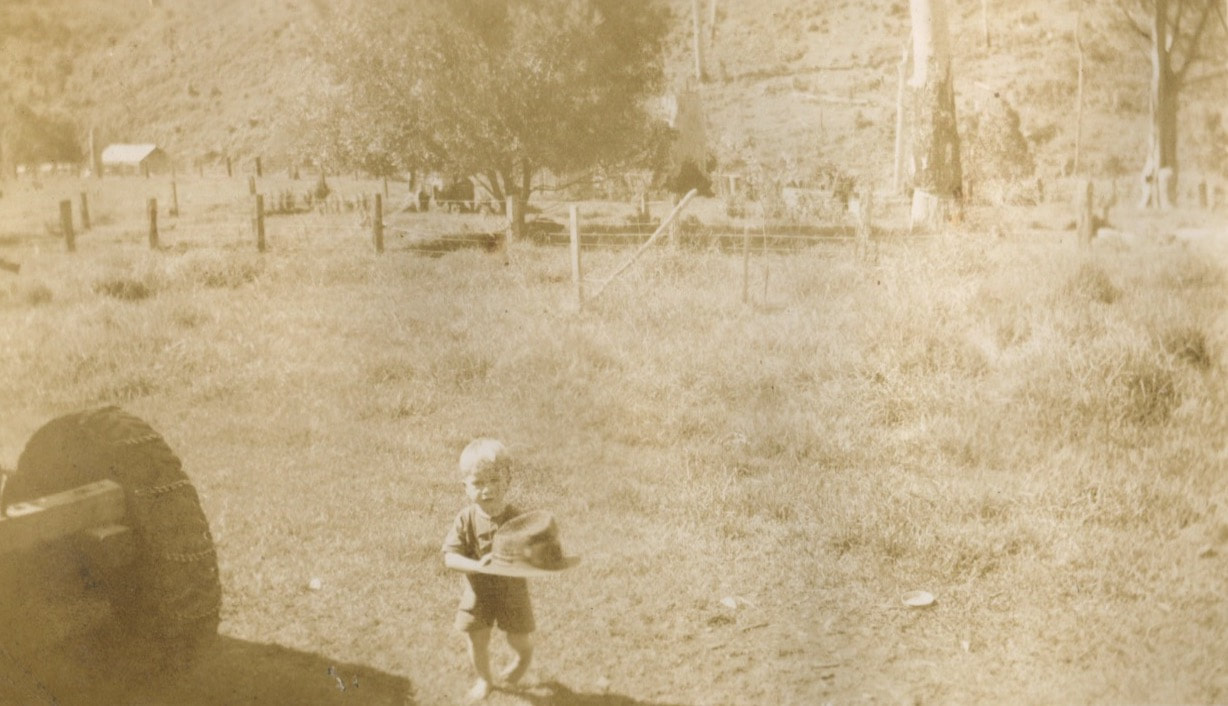 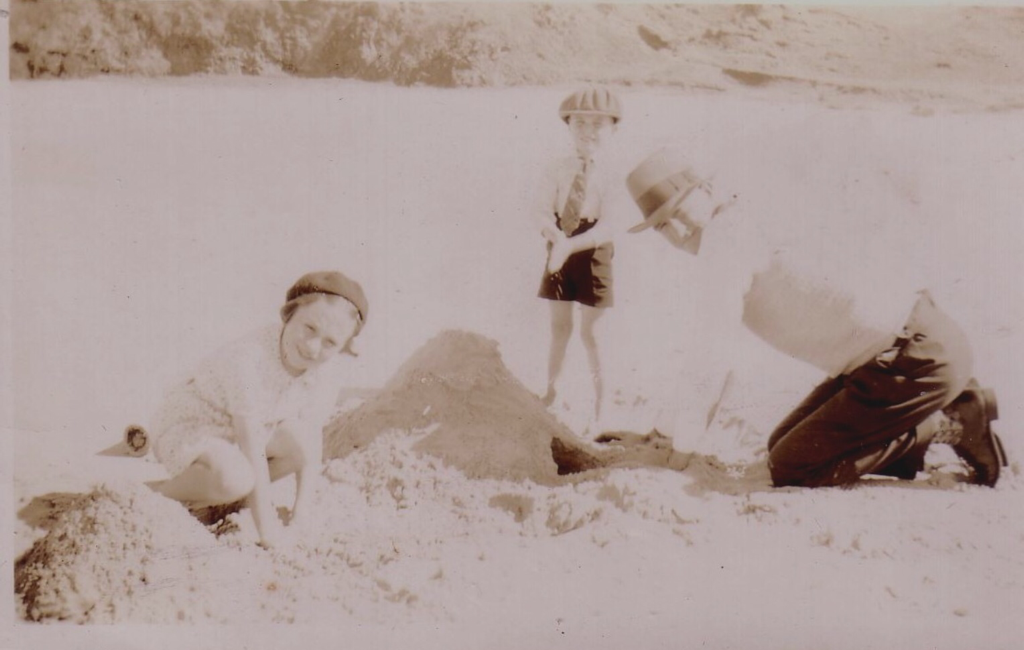 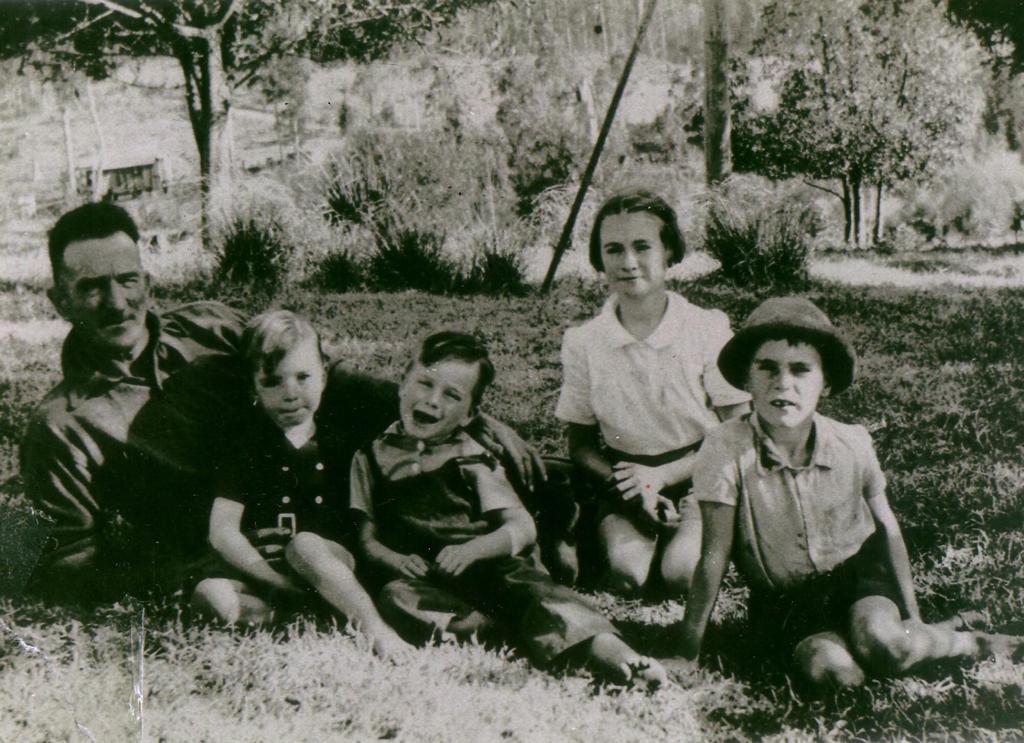 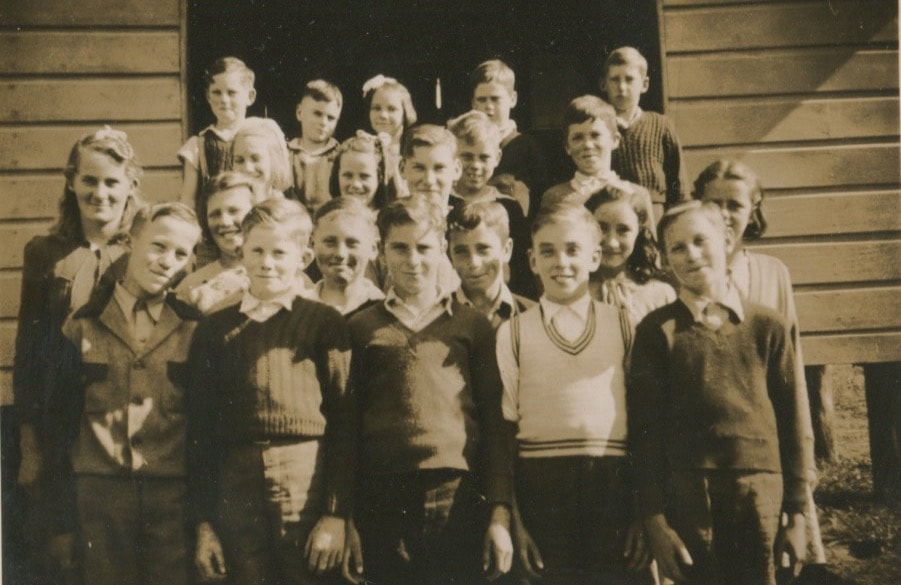 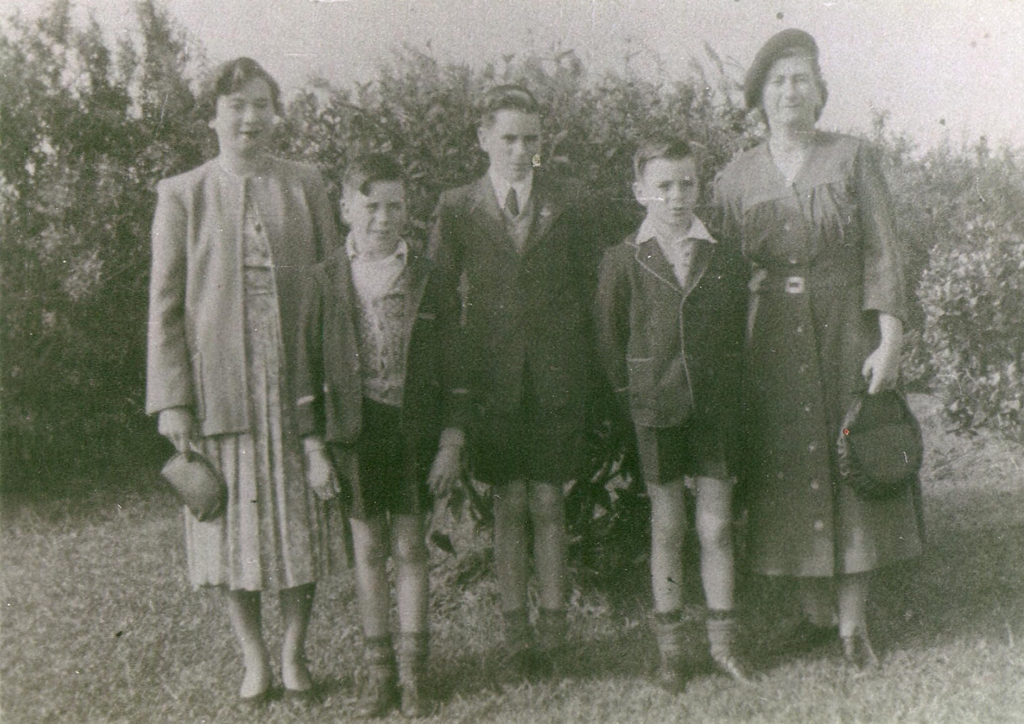 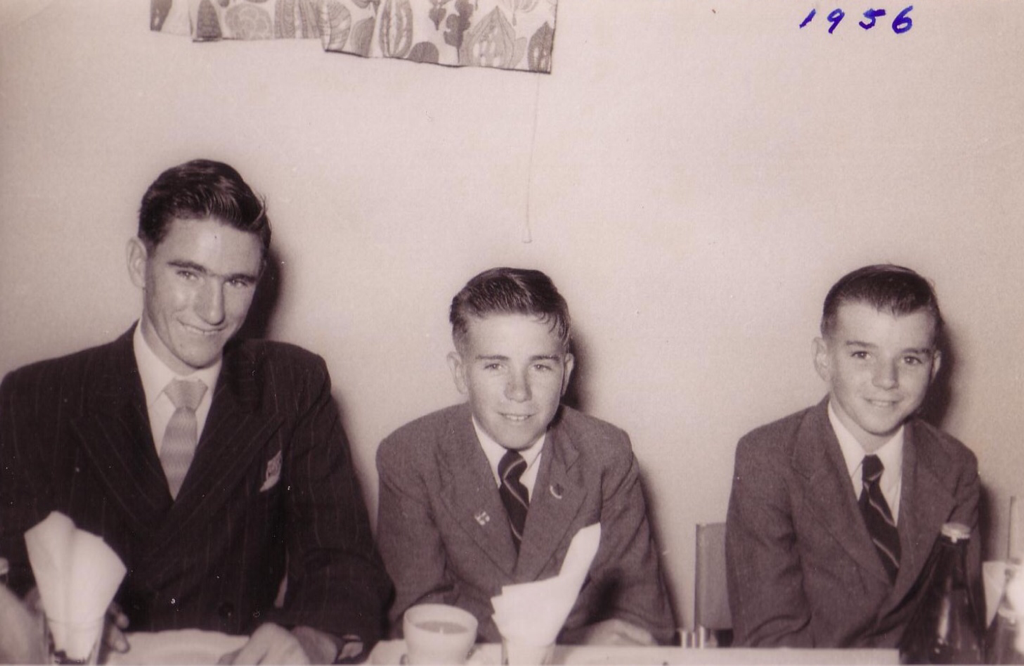 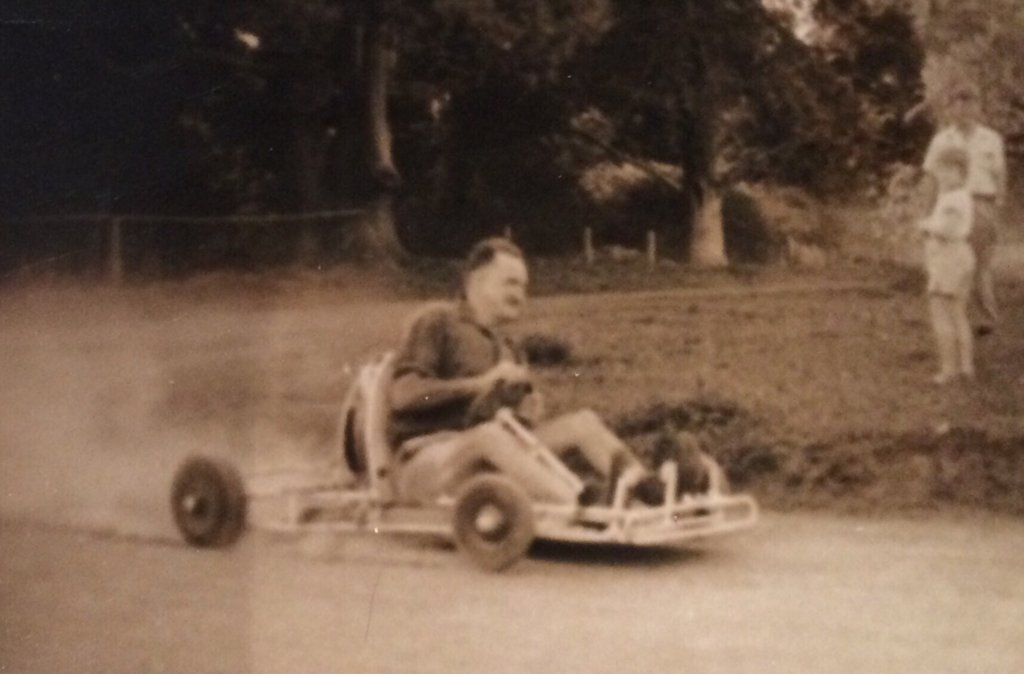